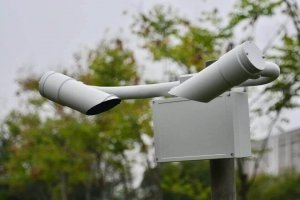 The visibility meter is composed of laser emitter, laser receiver and microprocessor controller. The transmitter emits infrared pulsed laser and the receiver detects the forward scattering intensity of aerosol particles in the atmosphere. All measurement information is collected by microprocessor and converted into Meteorological Optical Range (MOR) by model algorithm. 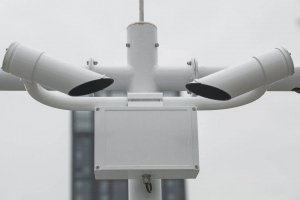 How To Measure Visibility 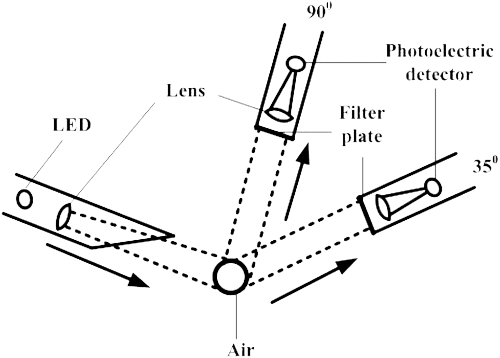 Koschm ieder put forward the basic theory of visibility measurement in 1924. Assuming that the atmosphere is uniform, that is, the horizontal extinction coefficient of the atmosphere is constant, the law of variation of atmospheric transmittance and brightness contrast between the object and the background with distance is Koschm ieder’s law. According to Bouguer Lambert’s law,

That is to say, the basic formula of atmospheric horizontal visibility is derived.

This is the original formula of visibility measurement. It can be seen that the core problem of measuring visibility is how to accurately detect the extinction coefficient of the atmosphere.

In 1876, Allard proposed the law of attenuation of light emitted from a point source of known intensity, thus supplementing the measurement of night visibility and RVR.

How to Convert Met Visibility

what our clients say

We have applied the visibility sensors provided by ZATA to our environmental monitoring project, leaving us a lot of money. Up to now, everything works well.

great companies we work with

Here are your concerns

What Is Visibility Sensor?

What Is The Monitoring Distance of Visibility Sensor?

In fact, the monitoring distance is not the actual distance, but the ideal value calculated by the model.

It refers to the distance values that can be detected under the same meteorological conditions, especially in mountainous areas where the fog is obvious, and the measured values can not represent the actual visibility of the local area.